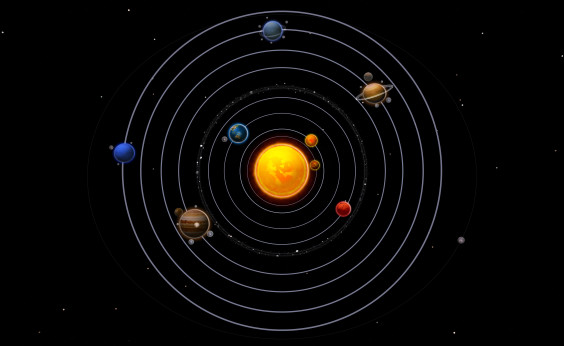 This is our Solar System; formed about 4.6 billion year ago, it contains comets, planets, moons, etc. Our Solar System has 8 planets, in order from the closest to the Sun they are: Mercury, venus, Earth, Mars, Jupiter, Saturn, Uranus, Neptune. 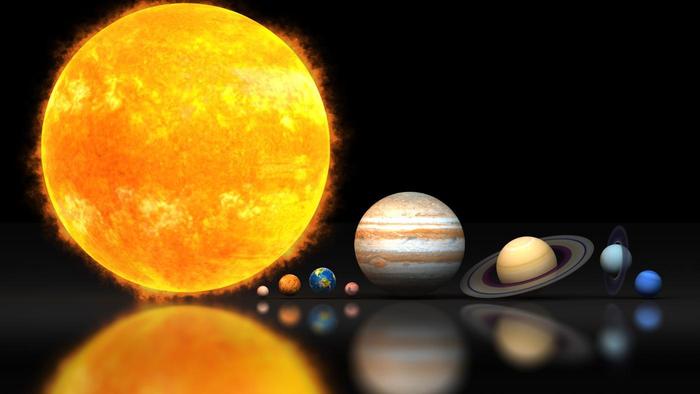 How big are the planets?

As shown in the picutre above the smallest planet is Mercury, which is also the closest to the Sun. Jupiter on the other hand is a huge compared to the rest.

right in the center of the solar system is the Sun, and all the planets are orbiting around it. Its a massive star, but compared to the rest of the universe. However it's big enough to fit about 1,000,000 Earths inside the Sun. Its roughly 92.96 million years old.